Researchers have identified three patterns of conflict in human interactions.

Illustrating the first of these, Abi and Byron (names and identifying details removed) are discussing how they should spend Saturday evening. Suddenly the situation becomes tense.

‘You always get what you want!’

‘No. I don’t. You’re always the one who gets what you want!’

‘You got to do exactly what you wanted last week. And what about the week before. And you spent all that money when you were away with your friends last month.’

‘Well if we’re going to talk about money, look at how much you spent last weekend.’

The first of these Negative Interaction Cycles (NICs) is called Blame/Blame. In the example given by Abi and Byron, above, there is no need to indicate which partner is speaking, whatever is said brings about another attack. The unconscious pattern being played out is ‘if you’re going to attack me, then I’m going to attack you’.

Researchers refer to this as a Negative Interaction Cycle because of its cyclical nature, it goes around and around, each time deepening the hurt. It is interactive because each person plays a part. And negative because it is creating more and more so-called negative feelings.

The problems with this kind of interaction include:

Unconstrained conflict of this kind can lead to abuse, violence and what researchers term ‘attachment injury’; the previously secure attachment between partners becomes injured. The more this type of injury, the less emotionally safe the relationship feels.

Whilst referred to as a Blame/Blame conflict, to signify this is what both partners are doing to each other, the conflict may contain the whole lexicon of conflict behaviours: attack, blame, criticise and so on. 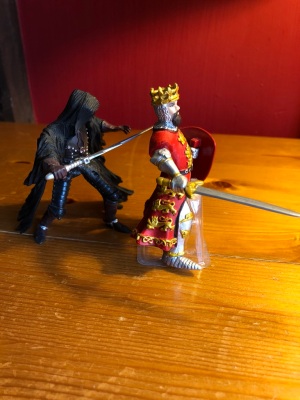 The second of these Negative Interaction Cycles (NICs) is known as a Blame/Withdraw. In this NIC one of the people in the conflict has less appetite for the conflict, there can be a number of reasons for this. Instead of responding to Blame with Blame, in this NIC the response is to Withdraw. One person is continuing with Blame, whilst one is Withdrawing.

Withdrawal can include a range of different behaviours including getting up and walking off, emotionally withdrawing, going silent, changing the subject and so on. The point is that the conflict is continuing and unresolved.

‘That’s right, do what you always do and just walk off.’

‘Come here I haven’t finished with you.’

‘Can’t you see how much this hurts me.’

‘I just want a simple life.’

‘I just need some space away from all of this.’

In this interaction it looks like the problem of escalation has been avoided, at least for now. A risk is that with unresolved conflicts of this kind, future conflicts may escalate more quickly because of the lingering bad feelings. Problems with this kind of interaction also include, for both people, emotional destruction and lasting damage.

The third of the three conflicts is known as Withdraw/Withdraw. Whilst on the surface it might appear there is little conflict between the people in this relationship, this NIC is the most fragile and usually marks the final phase of the relationship. In this NIC conflicts remain unexpressed. Both are withdrawn. In effect both have emotionally withdrawn from the relationship, given up, and there is now a fragile ceasefire.

In a Positive Interaction Cycle, two people seeing things differently is an opportunity for a discussion. An opportunity to listen, understand and accept the experience of each other; an interaction with each person playing a part. This kind of interaction creates more intimacy and closeness; hence it gives rise positive feelings of connectedness between people. When a conversation goes this well, who doesn’t want more of it, so it becomes cyclical in nature; listen, understand, accept one another’s experience and arrive at a joint solution to a shared problem.

Abi and Byron are discussing how they should spend Saturday night:

‘You think I always get what I want. I’d really like to understand your perspective on this. I love you very much and I can see this is causing you a lot of hurt and upset. I’m ready to listen to you so we can see how we can sort this out.’

Suddenly the tension eases, there is an air of loving concern and an intimate conversation ensues.